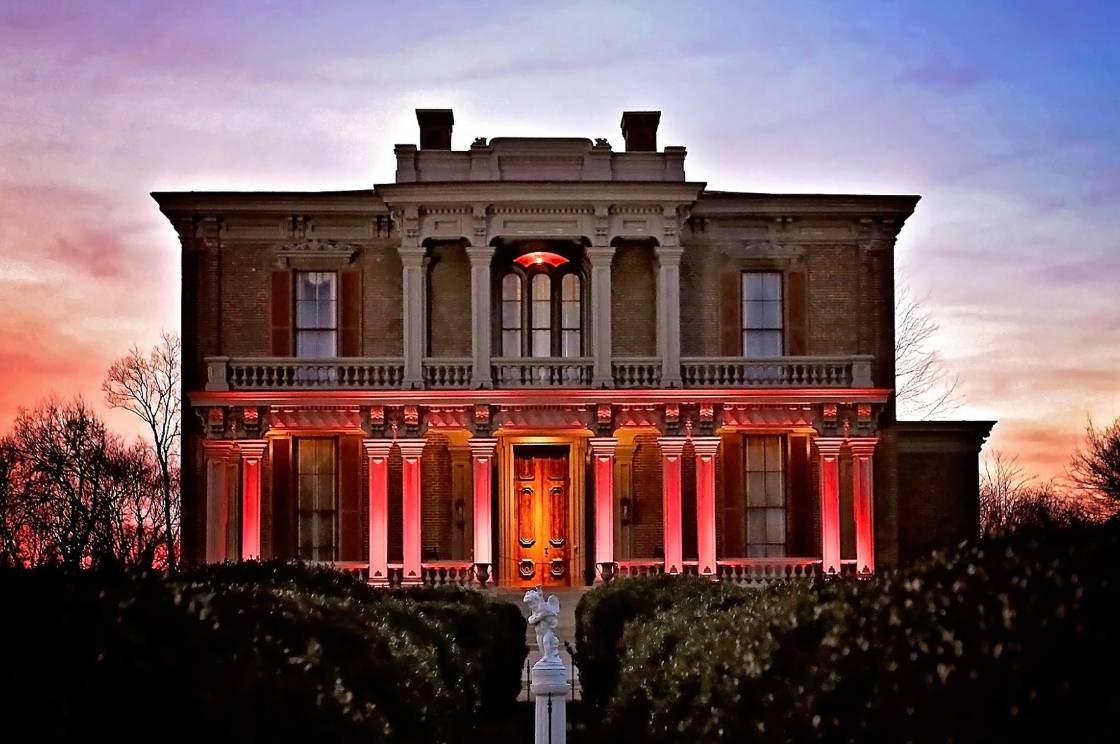 Two Rivers Mansion , one of the last of the elaborate antebellum country homes built in the Nashville area and one of the earliest and best preserved of the ornate Italianate houses in Middle Tennessee, was once part of an 1100 acre plantation located on fertile, rolling land between the Stones and Cumberland rivers. The junction of the two rivers suggested the name given to the property by its first owner, William Harding whose family built the Belle Meade plantation in west Nashville.